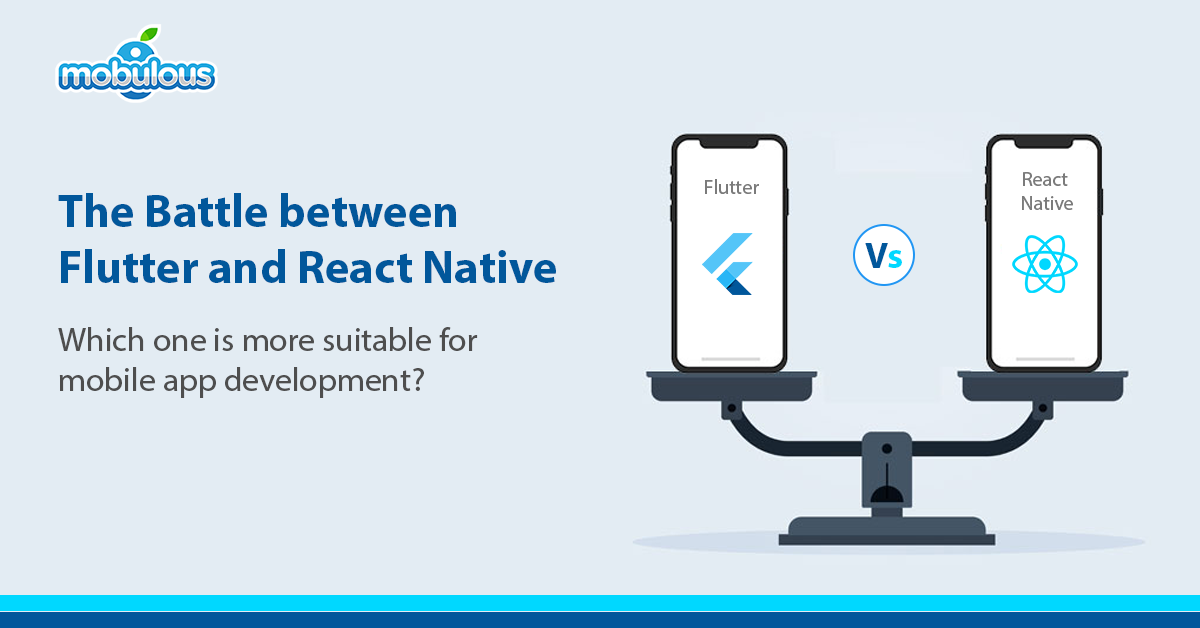 Mobile has become part of everyone’s lives, and the more no. of people are embracing modernized technology day by day. The demand for mobile apps has climbed the ladder rapidly to the top in last five years been, as business owners have realized the importance of apps in building a business reputation and helps in getting and retain the customers.

After realizing its importance, the most challenging work is to decide “which platform should be used” – whether to choose Flutter or React Native. Every coin has its two sides- one is good, and the other is bad.
So, these two cross-platform have also their advantages and disadvantages. 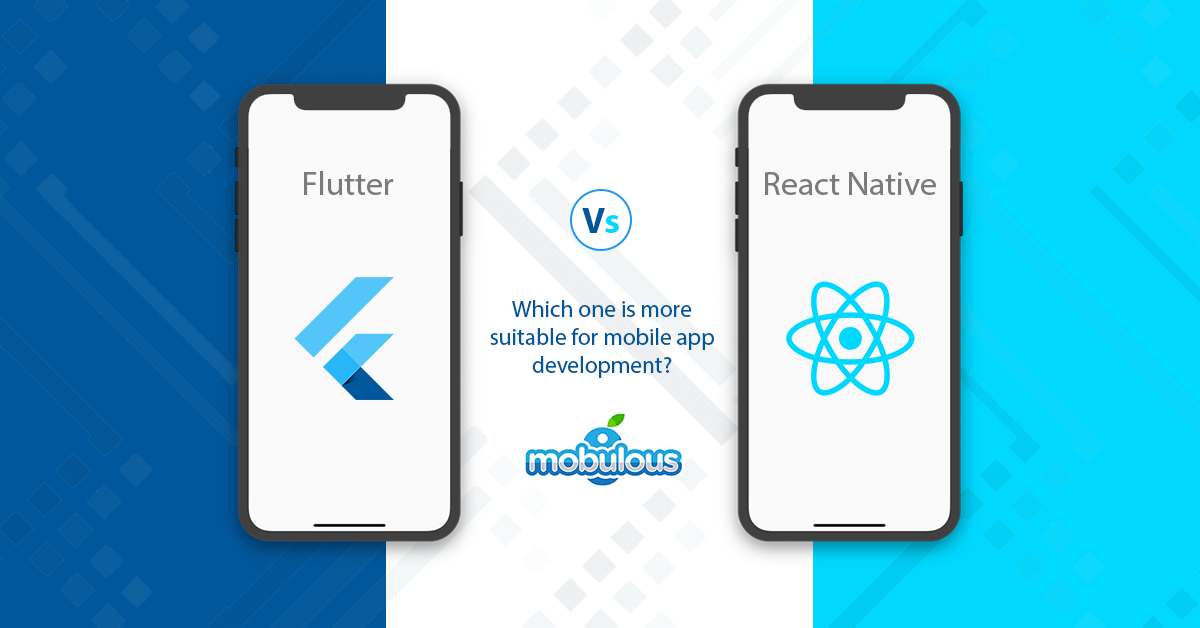 When the app developers build hybrid apps through React Native platform, then you may face some problems related to its libraries, architecture, etc. But for native apps, you won’t face any issues related to Performance.
On the other hand, Flutter helps the developer to reuse the existing code. Plus, it is also backed by a powerful C++ engine that works flawless and support the dart language.

2. Flutter vs. React Native based on their Stability
For a mobile app, the most critical factor is the Stability that helps to work flawlessly. When we compare Flutter vs. React Native regarding security, then React Native offers more features and is well established. The newly entrant, Flutter, is still working towards advancing Stability. At first, Flutter lacked behind since it had only the Alpha version, which is not stable enough and was being vetoed for large projects. Recently launched Flutter beta 2 versions, has many notable features, but it takes time to become highlighted because React Native is more and also it successfully proven its Stability.

3. React Native vs. Flutter based on Customer Base
As an established framework for mobile app development, React Native has tremendous popularity amongst the business market and known for the big names that have chosen it for their business. Some of the famous clients other than Facebook and Instagram are Skype, Tesla, Airbnb, Walmart, and many more.
As the Flutter is new in the market, so the framework is still trying hard to create a base and establish itself in the industry. However, it has made an excellent start with Hamilton app.

4. React Native vs. Flutter based on User Interface
When it comes to customization of the user interface, Flutter is preferable as it has proprietary widget sets that make customized UI design dynamic with good interoperability as well as native components. React Native provides a more compelling framework that makes it easy to enhance user experience.

5. Flutter vs. React Native based on Development Time
According to Developers, React Native is more efficient and reduces the build time, and also it provides a better user interface to developers. Flutter promises high-quality usability but takes more time in development.

Another name of the cross-platform solution (other than Flutter and React Native) are:-
* Xamarin
* Progressive Web Apps (PWA)
* Kotlin Native
* J2ObjC/Doppler (Android-centric cross-platform)

In today’s world, the last & final goal of a Mobile App Development Company is to choose a cross-platform framework. At the end of the article, I would like to conclude my words by saying it is challenging to pick the winner in this battle because both React Native and Flutter has their collection of pros and cons.

Why the Future of Mobile Apps Includes Iot and Bots? – TechJosh

How to Chat on WhatsApp without Adding Contact Number