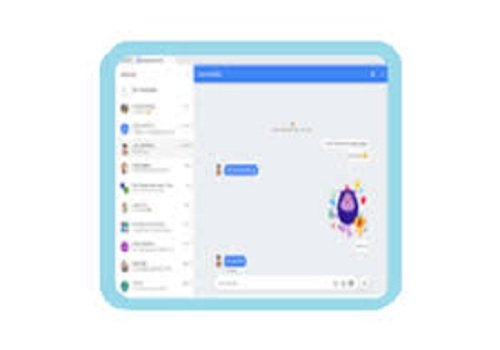 Google Chat App will Launch Soon and its Competition with WhatsApp, and iMessage, Upload Data to Instagram, Why are Social Networks platforms Changing?:

The Google will now make a new change to the text field of the message. Although Google has been working for a long time. Google had started Hangouts by closing the Talk app in 2013 and then had launched allo. Google has stopped currently working on Allo. The company is currently working on a new service called Chat App. The most important feature of the Google Chat app is that the user will be able to send SMS messages to another user via this app. This means, that users will not need to go outside app to send messages to Google Chat app.

According to reports, preparations for Google Chat app may be a warning signal for Whatsapp and Apple iMessage. This Google Chat app includes many features, such as Emoji and Group Chat. But if the report says that the application will not support the encryption, which is news for sake of security reasons.

Report: “According to the reports, the Google Chat app is in progress and Google talks about the partnership with Indian telecom operators to launch them. Google is reportedly interacting with Jio, Airtel, and Vodafone chat services.“

Even before Facebook, users will now be able to upload their data to Instagram. On Facebook, you will find a job where you can download and save all of your information. According to reports, users will see this Instagram feature in the following update.

Statement: “Speaking on an information portal about downloading data, the Instagram spokesman said, “We will bring a new tool to search for data, users can easily download their Instagram data, which includes videos, photos, messages.“

Why are Social Networks Platforms Changing?

All social networking platforms, including Facebook and Instagram, now allow users to download data. In fact, the European Union recently approved a bill on user data. The draft law passed by the European Union is the General Regulations for Data Protection (GDPR).

As part of GDP, it is now mandatory for all technology companies to facilitate data downloads by users. It was noted on the invoice that the download of data to technology companies must be delivered by May 25, 2018. With the GDPR tool, any user can now download his data from any social networking platform. After this installation, users will know what information they have on the social networking platform.