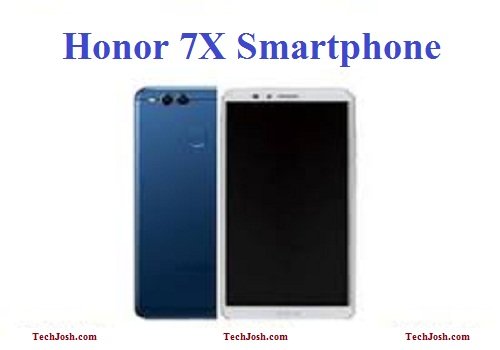 The Company Honor has launched its new smartphone, the Honor 7X. The smartphone has been introduced in two types of 3GB of RAM / 32GB of storage and 4GB of RAM / 64GB of storage. Its price remained at Rs. 12999 and Rs. 15,999, respectively. Honor 7X smartphone will collision from Shaomi Redmi Note 4 smartphone in the market. In our news, we provide you with information on the specifications of these two phones so you can find out which phone would be best for you.

In the X series, this is the first honor 7x smartphone that supports the full-screen display. This phone has a full HD screen of 5.93 inches. The 2.5D curved glass was given at the top of the screen. Home Cycle in 658 Hyacilicon Kirin is based on the SoC 4 Cortex A53 with a smartphone on additional 4 Cortex A53 Course with 1.7GHz octa-core chipset.  Internal storage for each of the variables can increase to 256 GB.

The Honor 7X smartphone comes with a dual rear camera configuration. It has a 2MP secondary back configuration with 16MP desired core sensor. The 8MP selfie camera is located on the front of the phone. A battery of 3300 mAh is provided to make a backup of the phone. The device is based on the EMUI 5.1 android 7.0 not.

This phone has a full 5.5 inch HD screen with 2.5 curved glasses. This phone is equipped with a 2.0 GHz octa-core Snapdragon 625 processor.  For graphics, the Adreno 5.6 GPU is included in it. The internal memory of the microSD card can increase to 128 GB. This phone is compatible with dual sim card hybrid. It also works on Shaomi Redmi Note 4 Android 6.0 Marshmallow. Soon, this phone will launch Android update based on MIUI 8.

For photography, it has a front and rear camera 5MP and 13MP CMOS cameras. The rear camera is equipped with features such as LED flash, PDAF, f / 2.0 apertures. It has a 4100 mAh battery. A fingerprint sensor is also provided on the phone. For connectivity, features such as 4G VoLTE, Bluetooth, Wi-Fi, GPS, and USB Type C are provided.

First Jet Suit to Fly in the World can Fly at Speeds Up to...