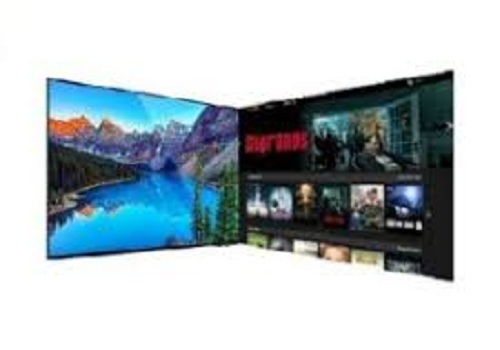 Xiaomi has launched 55 inch TV4 in India. The company not only set up smart phones, but also the TV market. One of the main features of the Xiaomi Mi TV4 is thinner than the iPhone 10. However, the Xiaomi offers 4K HDR TVs for just 39999 rupees. As of February 22, we will start buying the website on Xiaomi Store.

Xiaomi Mi TV4 comes with a paper as thin as a sheet and has a thickness of 4.99 mm. TV weight is less than 20 kg. This made it one of the most popular high end TV.

In China, I will be on TV 49, 55 and 65 inches. But Xiaomi only brings 55-inch copies to India. However, the TV will come in two copies of China. First, the standard TV will allow users to update the screen, motherboard and audio components. Second, the current, which will be cheaper in price. Xiaomi will come to India with the second version.

Apart from that, I have made aluminum from Xiaomi Mi TV4. Its front design is glass. Has a metal background. It has 3 HDMI 2.0 ports, a USB 2.0 port, a USB 3.0 port, an Ethernet port, analog AV ports and a standard audio output.

And the third feature of Xiamen Mi TV4 is that this software is based. Its software is similar to a phone software. It is based on TV Patchwall and works on Android. Patchwall is based on artificial intelligence. For this reason, the company claims to be able to understand the likes and dislikes of the user and will also provide content based on that. However, the Xiaomi Mi TV4 will also work in your voice. In other words, users can take information while browsing the contents of this TV. In the future, you will also receive the remote control activated voice separately. I will be able to control Xiaomi Mi TV4 from the remote application of smartphones.

WhatsApp Restore old Chat after the Uninstall | How Can Do It? | Back...