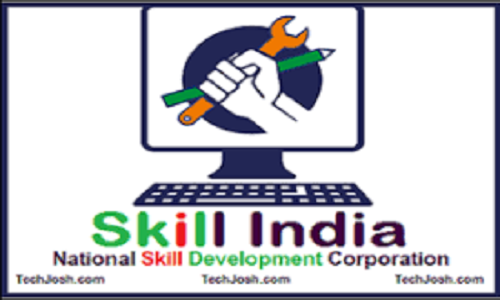 Skills are a key factor in modern economics. vocational education and training are aimed at improving the employability of the individual by facilitating the transition from the individual to the labor market. Changes in the requirements for new qualifications, technologies, and jobs have led to a greater emphasis on vocational training, which has become increasingly a lifelong learning process. A set of factors has made National Skill Development Corporation an important political priority for India. It starts with demographic characteristics. India is at the forefront of its demographic dividend. Its population pyramid is expected to increase in the 15-59 age group over the next decade. By 2020, the average age of indigenous people will be 29 years, compared to 40 years in the United States, 46 in Europe and 47 in Japan. There is a narrow window to exploit the potential of the young Indian population.

However, training capacity in India is limited. Although there is no consensus on the exact figures, it is estimated that about 50 young lakhs enter the labor force each year. However, the current capacity of the Indian Industrial Training Institutes (ITI), which remains the backbone of the occupational training ecosystem in India, is only 25 per year. Capacity-building and the scale of training programs are therefore an urgent political priority for India.

On the demand side, studies of skill gaps requested by the National Skill Development Corporation Foundation indicate that 10.9 million additional human resources will be required in 24 high-growth sectors by 2022. Thus, skilled workers in the industry, That training must be of high quality and relevant to the needs of the industry.

One way to ensure the employment of skilled workers is to communicate with the industry or through extensive apprenticeship programs. In India, however, more than 90 percent of the informal sector workforce is employed, there are formal jobs that are limited in pay and difficult to follow in internal training. Therefore, training programs in India should not only provide young people with marketable skills to make them employable. Young people should also be able to work alone or undertake entrepreneurship.

While the Government and its private and industrial partners actively promote training, it is not a professional aspiration for young people. Seen as a fall option behind, not as a career choice. Formal education remains the best choice for young people. This bias is also noted among employers who pay higher wages for entry engineers, compared to experienced workers who have undergone Skill India training.

Therefore, as well as capacity, quality and usability problems, position factors on how vocational training should be viewed for trainees and employers should be addressed.

The complexity of these challenges, along with a number of market failures that characterize the vocational training system in India (eg information asymmetry, skill balance, inadequate private investment, vocational training, moral hazard). However, the ecosystem for training government competencies was also very fragmented. For example, in early 2014, more than 20 central ministries dealt with a number of training programs, with different standards, standards and certification systems. Policy coherence and a solid implementation plan are urgently needed to overcome these difficulties.

To solve these various challenges, the first Ministry of National Skill Development Corporation and Entrepreneurship was established in India in November 2014. It is important to note that the Ministry is responsible for skill training (first described as supplementary activities). As a result, the Ministry’s mandate was to equip young people in India with the skills needed to access multiple livelihoods, from paid labor to self-employment.
The Ministry was primarily responsible for ensuring coordination, consistency, and clarity of roles in the complex vocational and vocational training system in India.

Therefore, the Ministry’s umbrella for National Skill Development Corporation and entrepreneurship has emerged. The key institutions dealing with these issues from other departments have been moved to a dead end. For example, the Directorate-General for Training, which was the main vocational training division of the Government of India, formerly operating under the supervision of the Ministry of Skill and Employment, entered a closed field in April 2015. It oversees training provided by a network of central training institutes and technology institutions Information (which offers training from one to two years).

Other agencies, such as the National Skill Development Corporation (established as a public-private partnership to stimulate private sector participation in vocational training), have become a key component of the Department’s implementation. The Board played an important role in funding private training providers to provide short-term training. The Committee also supports the Ministry in the implementation and monitoring of the Ministry’s skill development programme training (Pradhan Mantri Koshal Vikas Yojana). Similarly, the Ministry also belongs to the National Agency for Skills Development (which regulates training standards and ensures quality assurance).

Over the past two and a half years, important steps have been taken to build a strong ecosystem to build skills through a focused set of political interventions.

* National Skill Development Corporation Mission 2015, which sets a framework for the implementation of skill India program.

How did these policy interventions address the skills challenges discussed above? What has been done so far?

Meet The Challenges Of Skills

MASAD’s policy interventions have led to concrete work programs addressing four key skills challenges: quality, quality, employability, and aspirations. This section summarizes some of the key achievements of management in each of these areas.

A number of interventions were introduced into short and long-term training systems to improve the quality of training. This includes:

Classification: A strong rating system (based on 43 rating teachers) was introduced in ITI to distinguish between implementation and non-functioning ITI. Qualification criteria include a focus on training results, quality of infrastructure, industry contacts, and so on. It also introduced a first-time qualification system for the short-term training ecosystem. This will be done through the new portal of the Skills and Training Center (SMART).

Comprehensive curriculum reforms: 63 programs have been improved through effective consultation with the industry. 35 new characters have been introduced, focusing on emerging areas such as renewable energy, mechatronics, and devices, where there is likely to be an increase in demand in the future. Similarly, in the short-term training ecosystem, the program model was standardized for 405 courses and content for 252 sessions.
Improve usability (across the industry)Communication with industry is essential at all stages of the training cycle to ensure that young people who are enrolled in training programs are transferred and are still working.

Some initiatives in this area include:

At the legal level, comprehensive reforms have been introduced under the Apprenticeship Act of 1961 (as of 22 December 2014). Key reforms include:

Launching the National Plan to Enhance Learning: This new program aims to stimulate learning. Key features of the plan include:

The Pradhan Mantri Kushal Kendra (BKK) initiative aims to establish state-of-the-art, state-of-the-art centers throughout the country, providing access to high-quality training for young people throughout the country. The second strategy focuses on establishing vertical and horizontal paths between formal and vocational education (through equivalent frameworks). This will link formal and vocational education flows – creating new job opportunities for young people.

The demand of the industry is dynamic. Therefore, the approach is to ensure that young people are not only equipped with today’s job skills but also for future jobs.

Industry – especially the manufacturing sector is at the forefront of transformation, resulting in a new industrial model, known as the industry 4.0. Industry 4.0, in our opinion, is the intersection and application of Internet objects (operations techniques) to the secondary sector, that is manufacturing. Some industrial sectors (especially the automotive sector) have been traditionally at the forefront of modernization, automating processes, using Sigma methodologies, and efficient supply chain management. Other sectors such as the textile industry, small and medium enterprises, new and emerging sectors such as electronics, aviation, etc., have come to endorse these technologies. New disruptive technologies create new forms of employment and new forms of flexible employment. The main topic of discussion in academia, industry, and political concerns how automation and industrial transformation affect work and skills in India.