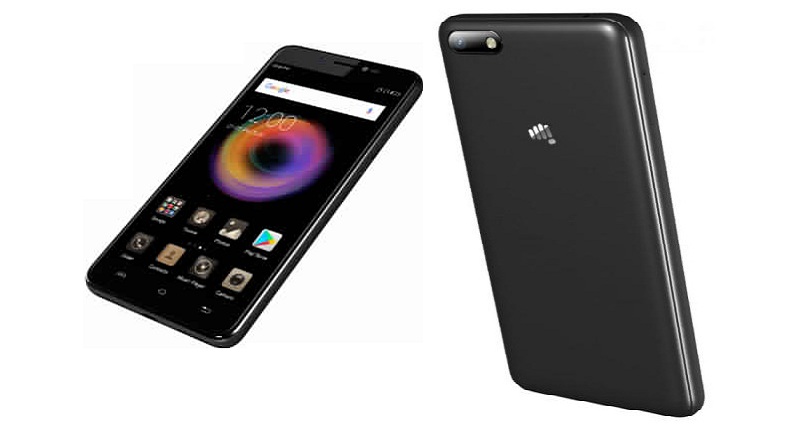 The Micromax Bharat 5 pro has been launched at 7999 rupees.

The Bharat 5 pro has an IPS HD 5.2 IPS screen. The covered Glass 2.5D is also available on the screen. To operate the device, 32 GB of storage space is available with a 64GB Media Tech processor and a 1.3 GHz quad-core processor. Your storage capacity can be increased to 64 GB using a MicroSD card.

Micromax Bharat 5 pro has a 13MP rear camera. There is also a Bokeh effect. The main camera features such as Panorama, Timelapse, and Beauty. It has a 5-megapixel front camera. It has wide angle lenses 83 degrees and LED flash. Beauty mode is also provided for better images in the front camera. The Face Unlock function is also available on the phone. However, Micromax Bharat 5 pro does not use this functionality as USP.

The main feature of this phone is a 5000 mAh battery. The company claims that even after intensive use, its battery lasts for two days and can last for 21 days in silent mode. The Micromax Bharat 5 pro can also work as a power bank. Other devices can also be recharged via their USB port.

Redmi Note 5 has been introduced with different Redmi 5 metal bodies and plastic frames. It is reported that Redmi 5 is the slowest phone in Xiaomi phones that have been launched. Speaking of specifications, the smartphone has an 18: 9 screen of 5.7 inches. The phone has an Adreno 506 graphics processor, 2GB / 3GB / 4 GB RAM and internal storage capacity of 16 GB / 32 GB / 64 GB with Qualcomm Snapdragon 450 Octa-core 14nm processor. The phone works in MIUI 9 on Android 7.1.

Xiaomi Redmi 5 and Radmi Note 5 have the same camera. The phone has a 12-megapixel rear camera and a 5-megapixel camera. Beauty Mode 3.0 was delivered to the front camera.

When a 4000 mAh battery is provided in Redmi Note 5. At the same time, the Xiaomi Redmi 5 provides a 3300 mAh battery. The fingerprint sensor is also provided at the back of the unit.