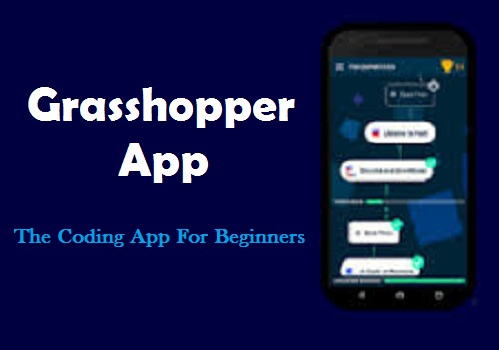 How to Use Google Grasshopper App?

The Google Grasshopper App is designed by keeping the user in mind so that the user can easily learn initial coding on your phone. There are many challenges and quizzes in the application, which must be solved. The motive for creating Google Grasshopper App is to provide people with basic information about coding. In the application, you have to give a little time each day. Here you will receive coding information through many types of contests and games.

In an official statement, the company said that coding is a necessary skill, we want everyone to know this skill. On behalf of the company, it was said. We have created a Google has launched so that users can get coding information, which is very easy and fun.

Gmail will have 6 important changes

Statements: “In a statement to a media portal, the Google official acknowledged that the company is working on new Gmail updates. The new features continue to work in Gmail, so it’s not good to say anything now, yes, we think our team is working on the new features in Gmail.“

What will be Changes?

Users can find many new features in new Gmail updates. After updates, users will have direct access to Google Calendar from Gmail in the new Gmail look. This will make users who use Outlook very easy.

Users can see these new features in new Gmail updates:

After new updates, iPhone and Android users can turn on the auto-reply option in their Gmail account.

Fleet Mail will also be improved in Gmail. Like Google Maps, Google works on Google’s ability to further improve offline features. However, the official announcement on behalf of Google has not been made since the new design.

The application will be easily accessible

These things do not need to be written

After this update, users will not need to write to reply to email. Responses to Gmail users can be found in pre-written options, such as Thanks, to get started.

WhatsApp Restore old Chat after the Uninstall | How Can Do It? | Back Up

Top 10 Tech Gadgets to increase your productivity at work from...